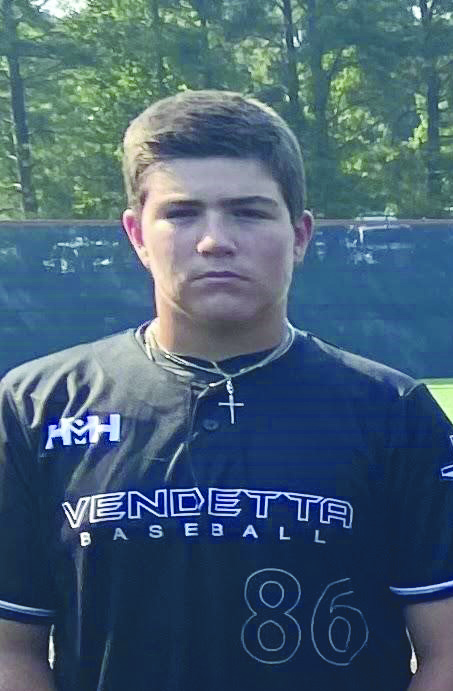 While many students are spending their summer vacations at the beach or working a summer job, things look a little different for Plainview-Old Bethpage John F. Kennedy High School (POBJFKHS) sophomore, Michael D’Ambrosio. The rising baseball superstar recently made the roster for the 15U Team USA Baseball Team for the South Region of the NTIS (National Team Identification Search) for Team USA.

Michael first began tossing the baseball around with his father at the age of 2 and joined t-ball two years later at the age of 4. Since then, he hasn’t put his glove down. He attended Parkway Elementary School, H.B. Mattlin Middle School, and is now an incoming sophomore at POBJFKHS, where he is on the baseball team. He has played for the Merrick Express, Merrick Vipers, Team Francisco Notorious 9, Beast Black and now currently plays for Vendetta Baseball in Texas and New York.

While he can also play a mean third base, Michael’s primary position is as a first baseman with his secondary being pitcher. At bat, Michael is just as impressive. He recently returned from a tournament in Georgia where he batted with a .450 average over seven games competing against some of the top teams in the country. Michael hopes to play baseball at the collegiate level for the University of Houston, University of Tennessee, or University of South Carolina. His dream is to play baseball in the major leagues, and he is determined to make this a reality.

Bethpage School Board to Meet