Bethpage man runs around Long Island for a great cause 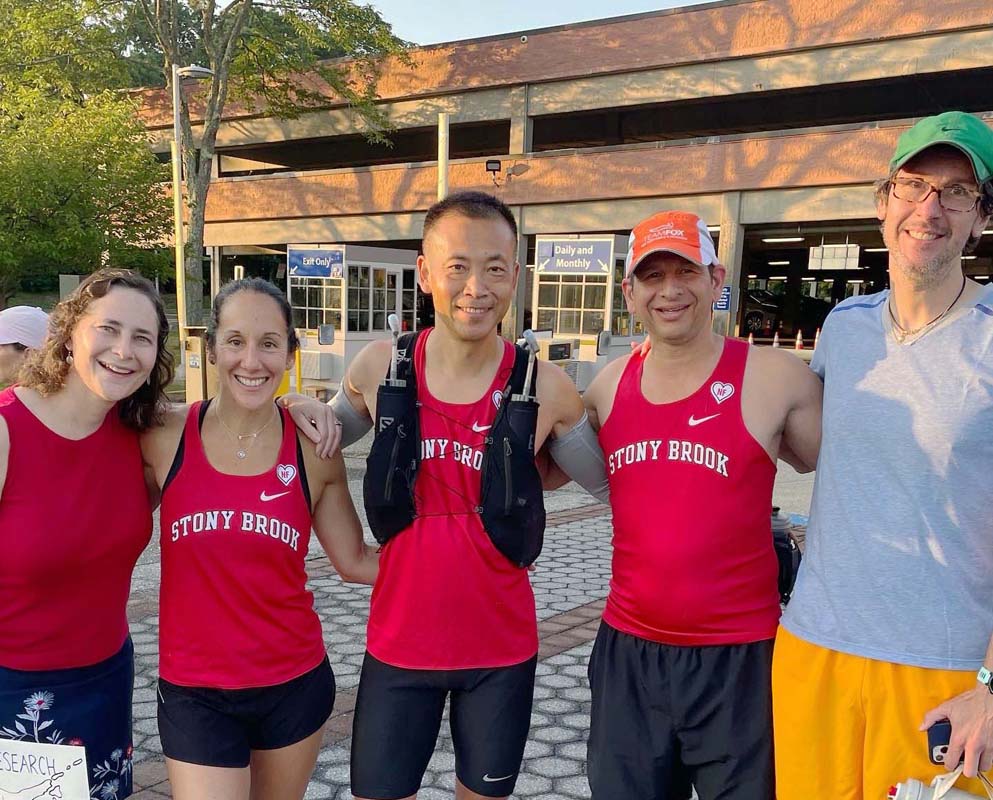 “My plan was to run for seven days and try to log fifty miles per day,” said Law. “I’ve been running to raise money for various organizations for the last sixteen years and recently added Parkinson’s disease research to my list.”

Law said he started his journey on July 22 at Stony Brook, where he ran to Orient Point, a hamlet at the end of Long Island’s North Fork.

From there he ran a total of a hundred miles for the next two days, running from Orient to Montauk Point to Westhampton, all the way to Cedar Creek Park in Seaford.

“I gave myself a three-day break after that last run on the 24th to let my body heal a bit and get ready for the second half of my journey.”

He picked up his running on July 28 at his stopping point at Cedar Creek Park and ran all the way to Williamsburg in Brooklyn. Over the course of the next two days he ran from Williamsburg to Huntington and than a final 28-mile leg back to Stony Brook University.

Law said that the reason he ran this year was for the great programs at Stony Brook, including their Parkinson’s disease research center and their adolescent mental health programs.

“I had made a good friend through my running over the years and his father had been suffering from the effects of Parkinson’s Disease,” said Law. “His father passed away four years ago, and his struggle with the disease really inspired me to do something to help raise money for the cause.”

For the past sixteen years, Law has been running to help raise money for the Leukemia & Lymphoma Society (LLS,) and recently added Parkinson’s research and adolescent mental health awareness to his list.

So far this year, he has raised over $18,000 for the Thomas Hartman Center for Parkinson’s Research at Stony Brook and the Adolescent Medicine Fund for Excellence.